Your partner in health today, tomorrow, and for life.

During the month of February, Americans see the human heart as the

symbol of love. February is American Heart Month, a time to show

According to The American Heart Association®, heart disease is the

leading cause of death for men and women in the United States.

Fortunately, it is largely preventable and there are many things people can do to reduce their risk.

Not sure where to start?

Start by showing your heart some love today by calling Rebecca Ewing, Director of

Cardiopulmonary “It is my pleasure to get to know your heart and help you take care of it.” 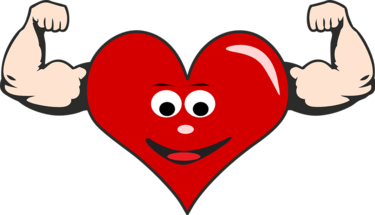 PUT YOUR HEART INTO IT!!!